Focus is on Italian vote amid concern over political and economic instability should  Renzi lose the Dec. 4 referendum, with as many as eight Italian banksat risk of failing if the ‘No’ campaign prevails, according to the Financial Times.

People are getting worried about the impact that a power vacuum in Italy could have on the refinancing needs of its banks. It’s a nervous market at a time when liquidity isn’t great. 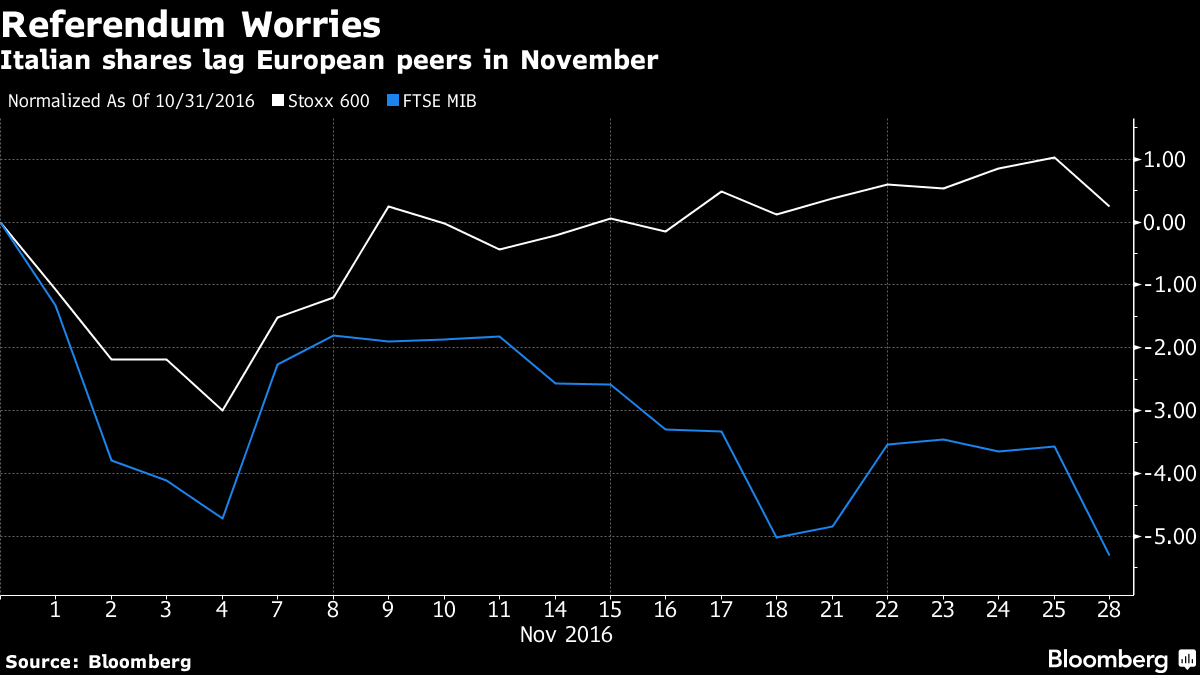 Funds that trade on U.S. lifting trade restrictions with Cuba surged the most since 2014 after former President Fidel Castro’s death.

Politics have loomed large on investors’ radars this year, with the U.K.’s decision to leave the European Union and Trump’s unexpected U.S. election win whipsawing markets.

American bank stocks tumbled Monday after their value was inflated by more than $300 billion since Trump’s victory, while the dollar retreated to a one-week low.

The pound tumbled, paring a rally that has sent it higher for three of the past four weeks. It slumped as much as 0.7 percent to $1.2386 as the domestic debate over the form of Britain’s European Union exit intensified and after a Confederation of British Industry survey showed services companies are increasingly pessimistic about the future.